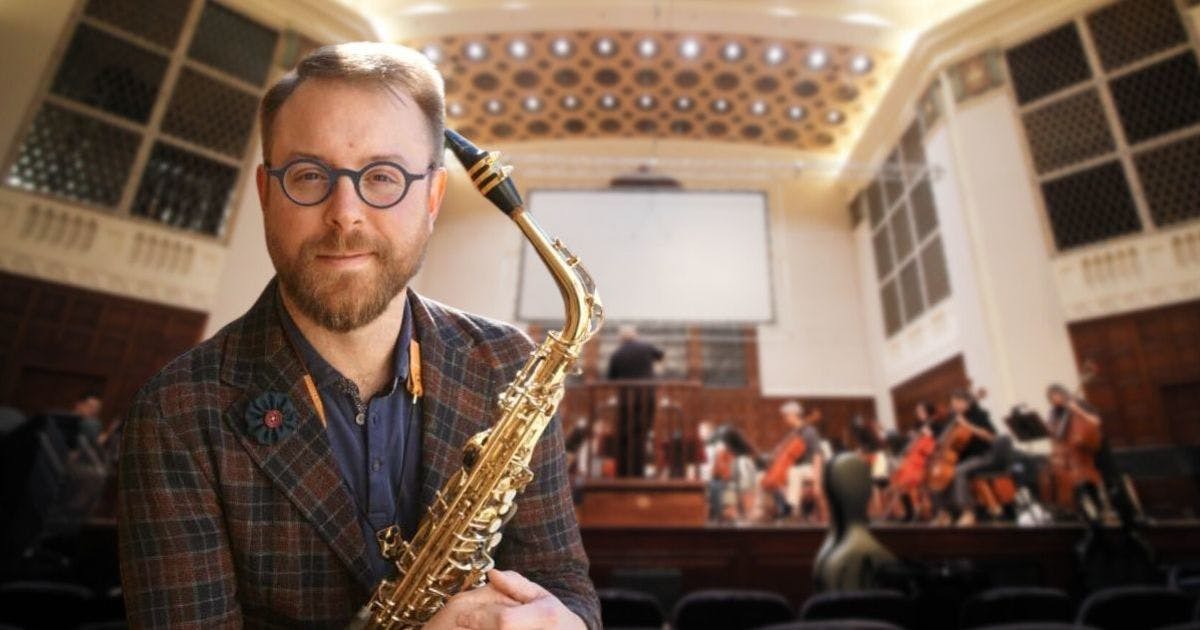 Hailed by the New York Times as ‘brilliantly stylish,’ Patrick Posey is a versatile saxophonist and multi-instrumentalist who has performed as a soloist, recitalist, and orchestral musician in the US and across the world. He appears regularly with the Los Angeles Philharmonic and San Francisco Symphony and has performed with musical luminaries including Gustavo Dudamel, Esa-Pekka Salonen, Alan Gilbert, Yefim Bronfman, and Jeremy Denk.

Recent highlights include concerts with the Philadelphia Orchestra, New World Symphony, and Saint Paul Chamber Orchestra, a solo performance at (le) poisson rouge in New York City, a recital in Yekaterinburg, Russia, and appearances at the Lincoln Center Festival and the BBC Proms in London. He is a founding member of the Los Angeles Reed Quintet (LARQ) and of the performance collective Le Train Bleu, and has appeared at Carnegie Hall with composers Michael Tilson Thomas, John Adams, Thomas Adès, and Peter Eötvös leading concerts of their own works. In addition to performing as a western classical musician, Posey has collaborated with Iraqi oud virtuoso Rahim Al Haj including a visit to Oman in 2011, and in 2009 performed as ocarina soloist with the YouTube Symphony in a livestream that was archived on the site and has been viewed over 1.7 million times. He can be heard on forthcoming releases from the LA Phil (Prokofiev’s Romeo and Juliet led by Gustavo Dudamel) and the San Francisco Symphony (Ives’ Symphony No. 4 with Michael Tilson Thomas).

From 2012-2018 he served as Vice President for Artistic Planning and Educational Programs at the Music Academy of the West, overseeing all artistic matters including the creation of a composer commissioning and residency program that brought nearly 20 living composers to the summer festival over two years, and led the conception and implementation of groundbreaking partnerships with the New York Philharmonic and London Symphony Orchestra that to date have placed 52 alumni in performance residencies with those orchestras. Formerly director of orchestral activities and planning at the Juilliard School and a member of the performance faculties of the University of New Mexico and University of Windsor, he currently resides in Los Angeles.